How about a little music again? In my two previous posts (part 1, part 2) I alluded that I had selected a total of fifteen songs from my music library which I consider to be a kick-ass way to open up an album. It has been more than three months now since the last post and it’s about damn time to conclude this series. Get ready to bang your head into oblivion. 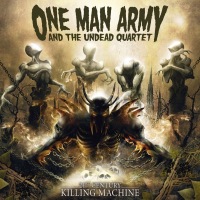 Does the name Johan Lindstrand ring a bell? How about The Crown? That dude’s making noise for the band with the undeniably coolest name on earth, and it kicks off the last chapter of my Most Powerful First Song series – and some kicking it does. The music is a mix of Melodic Death Metal with a whole lot of Thrash around it and that is immediately obvious. The intro is roughly two minutes long and does nothing but show off a cool and fast paced groove. You’re involuntarily forced to nod along. But it is so long that you’ll wonder if there’ll be any new music coming at some point. Not that it’s not good, but it should evolve into something more now. And boy does it hit you hard. After getting a little restless, the bridge into the main part of the song makes you listen up again, anxious for what there is to come. Finally, almost giddy with excitement like a child on Christmas, you are crushed by the wall of Thrash, the tank (sorry Bolt Thrower fans) that steamrolls everyone and everything, an incantation of and homage to the 21st century killing machine. “A terror from below, unchained, awake and ready to kill”. It’s a very deliberate stomping march powered by fast drums, simple guitars and carried by Lindstrand’s rhythmic growls. After the first wave the band releases the intensity for a moment, only to hit hard a second time. There’s no way of sitting still. You’re obligated to move your head. Of course there also has to be a solo, but unlike many other thrash oriented bands (Slayer) it fits very nicely into the whole concept and doesn’t only exist because the band can. During the solo (there are two, one that serves as a little teaser to the real one) we get to hear that fancy groove again that was the intro, which ultimately leads right back into the steamrolling tank’s death march and culminates in a short burst of awesomeness. The beast is rising guys, and its hometown is Apocalypse. 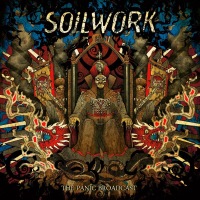 Soilwork – Late for the kill, early for the slaughter
Youtube
Wikipedia

Still having the sound of “Sworn to a great divide” in the back of my head, I was seriously impressed with how Soilwork chose to open up their eighth album (“The panic broadcast”, what a cool name, just like the song title). Blast beats! I love me some blast beats and so this immediately spurred my interest. Compared to what’s on the previous album, this is pretty rough stuff and rough stuff is what gets you on my favorite list. Björn Strid’s voice underlines this apparent change in style as it sounds less “polished”, more aggressive and harsh (a tad shrill), maybe a little inferior to what I expect of him, but somehow fitting for this kind of sound. The guitars tell a different story though. They are very delicate and create a wall of licks and riffs that just won’t give you any rest. Make no mistake, the main riff is a good thrasher but it doesn’t sound as dirty as that of One Man Army. It contains a lot more nuances here and there which gives your ears more to decipher and in the end ultimately to enjoy. Not to sound dismissive of what the OMAATUQ guys are doing, but there’s more skill at work here and that shows (as much as sound can well… show… you know what I mean). This song bristles with energy and it is released by shouts, violent drums and very playful guitars. This is very much on-time for the kill and the slaughter. 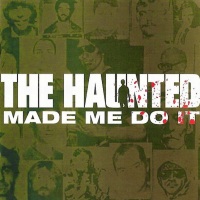 Why do The Haunted get two songs while others do not? Because they’re awesome. Because these two songs belong together. Because I say so! And, because “Dark intentions” is actually an intro that deserves to be mentioned as a separate song. I’m sure that some of you own albums that start off with a short intro which, by itself, doesn’t mean a thing and could totally be omitted (unless it were a direct part of the “first” song that follows). “Dark intentions” is none of that. Not only does it serve as an intro to the actual song, “Bury your dead”, but it is a full-fledged track in itself and deserves to stand alone and be listened to separately. The Haunted are a more dark and violent version of Soilwork earlier, and “Dark intentions” certainly lives up to its name. If that song doesn’t give you the creeps then you’re dead already. Never has a Metal instrumental song sparked this kind of interest in me. Most of the ones I know are boring and don’t really carry the message – if there is any – but not this one. It paints a foreboding picture, like the moment leading up to torture melted into music and, staying with this analogy, “Bury your dead” is the actual act of torture. You’re sucked into a morbid fantasy where there’s no way out. A bad dream you want to wake up from, but can’t. Screams are everywhere. Marco Aro’s fierce and disturbing shouts and growls will get to you and shatter your bones. The perfect music for a dentist’s waiting room. Like “Late for the kill, early for the slaughter” (how fitting) this music is wild aggression with a much, much more dreary atmosphere. Hidden among all this wild drumming and screaming is some fine art of cleverly composed and arranged riffs, with a nice variation of nuances that is so prevalent in Soilwork’s work. Wait until you get to the 1:30 minute mark in “Bury your dead” and listen for yourself. There’s a very skilled artist at work there. Because of its dull ambience with a stronger focus on riffs and more down tuned guitars you have to pay a bit more attention, but there is a lot to discover in this music. And it’s wicked fast. When you’re done listening, go bury your dead. 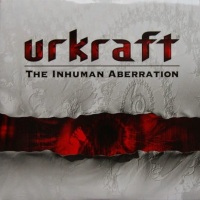 Urkaft – Too strong for the strongest lord
Youtube
Encyclopaedia Metallum

The band Urkraft died a scornful death in 2009 when they unfortunately decided to disband. Nevertheless they managed to leave three albums behind (the last one can only be downloaded from their site since it was never produced), all of them extremely powerful. When you translate the name you end up with something like primal or ancient force and that sets some expectations. Also, there’s the title “Too strong for the strongest lord”. Seriously? Hubris anyone? These are big words. But so is the music. Every title before this one comes at you very strong. But not this strong. It seems like these guys have no intention of slowing down ever. It takes a little over two minutes to get a short relief of this burst of massive energy. A tiny solo to entertain the masses, and then on it goes with the relentless, neck breaking riff-attack. During all this high speed bludgeoning and thrashing one could almost forget the shrill shouts and frightening growls that are laid on top of the music. I wouldn’t want to have this guy as my dentist, that’s for sure. This is the perfect complement to One Man Army’s deliberate and methodical stomp. The one planning the strike and spreading fear and the other leading the charge and causing mayhem. Like the wrecking ball at the end of the crane that takes down a house, the exorcism that casts out a demon from a possessed person or the M-60 bullet raid spreading fear with its 500 to 600 rounds per minute. Too strong for the strongest lord!

This site uses Akismet to reduce spam. Learn how your comment data is processed.